NEWS
Home Global 8 myths about Nepal that travelers get wrong 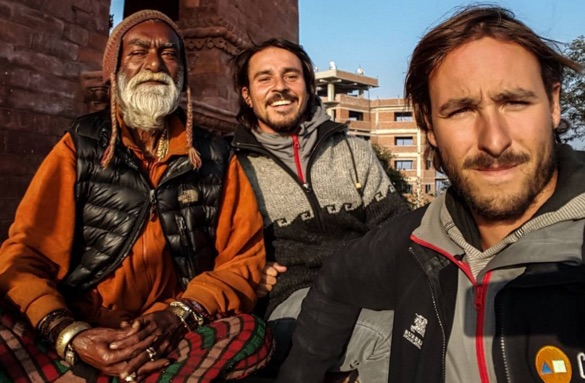 8 myths about Nepal that travelers get wrong

However, the scenes of destruction that were broadcast around the world in the days after the quakes are not representative of the whole country. Those broadcasts tended to focus on the destruction of a couple of important heritage sites in Kathmandu, and some of the worst-affected towns. Only a small number of #Nepal’s 75 districts were affected, and the tourism infrastructure — such as the hotels, restaurants, trekking lodges and guiding agencies — is still strong. Right now is a still great time to visit Nepal, regardless.

While it’s true that the name ‘Sherpa’ has become synonymous with the people — usually young men — who can be hired to carry your bags while trekking or mountain climbing, this isn’t really what the word means. Sherpas are an entire ethnic group from eastern Nepal, originating in Tibet hundreds of years ago, and concentrated around the Everest region. Many Sherpa people are involved in the tourism industry as guides, porters and lodge-owners, but many are not. Sherpa is a frequently heard surname, and it shouldn’t be immediately assumed that a person with this name or from this ethnic group is a porter or guide.

A pet peeve of many Nepalis? Traveling abroad and getting asked if they’ve climbed Mount Everest. Climbing the Himalayas isn’t just something you wake up and decide to do before breakfast. It’s a really difficult task that takes a lot of training.

Also, not all of Nepal is high peaks. The country progresses from the flat plains and jungles bordering India, to mid-sized hills, to slightly higher mountains and then the very high peaks, bordering Tibet. Many Nepalis don’t even grow up or live near the mountains, so are unlikely to have climbed them.

Kathmandu has long been a centre of Buddhist pilgrimage, with the Boudhanath stupa in the city’s northeast. The Newari people of the Kathmandu Valley practice a hybrid Buddhist-Hindu religion (the joke goes that 60% of Newaris practice Buddhism, 60% Hinduism). But if you head further west of Kathmandu, or down to the plains, it becomes more evident how dominant Hinduism is in Nepal.

Nepal is bordered by India on the west, south and east, and the two countries do indeed share many cultural traits. The Nepali language is similar to Hindi and other Indian languages, and the majority of Nepalis are Hindu, as are the majority of Indians. But Nepal and India have had very different histories. Unlike India, Nepal was not colonised by Britain. Although this did not stop Britain from exerting influence over the country, it does mean that Nepal’s recent history and national character is quite distinct from India’s.

The differences between Nepal and India are akin to those between Northern and Southern Europe, or Western and Eastern. Some culture is shared, but much is also distinct.

The term ‘Shangri-la’ as a byword for an earthly mountain paradise was popularized through British author James Hilton’s 1933 novel Lost Horizon, set in the Himalayas. In the novel, Shangri-la is a permanently happy land, inhabited by ageless people. The term has since been used too many times in lazy travel writing to describe Nepal.

The harsh reality is that life in Nepal is tough. It is one of the poorest countries in the world, with an average monthly salary of just $100. The resilience of Nepali people is often a necessity because the environment and political situation has often been harsh.

The earthquakes of April and May 2015 killed more than 8,000 people, injured 21,000 and left hundreds of thousands homeless. These losses shouldn’t be minimized, and many people are still waiting for the relief supplies they were promised.

Source: 8 myths about Nepal that travelers get wrong – Matador Network