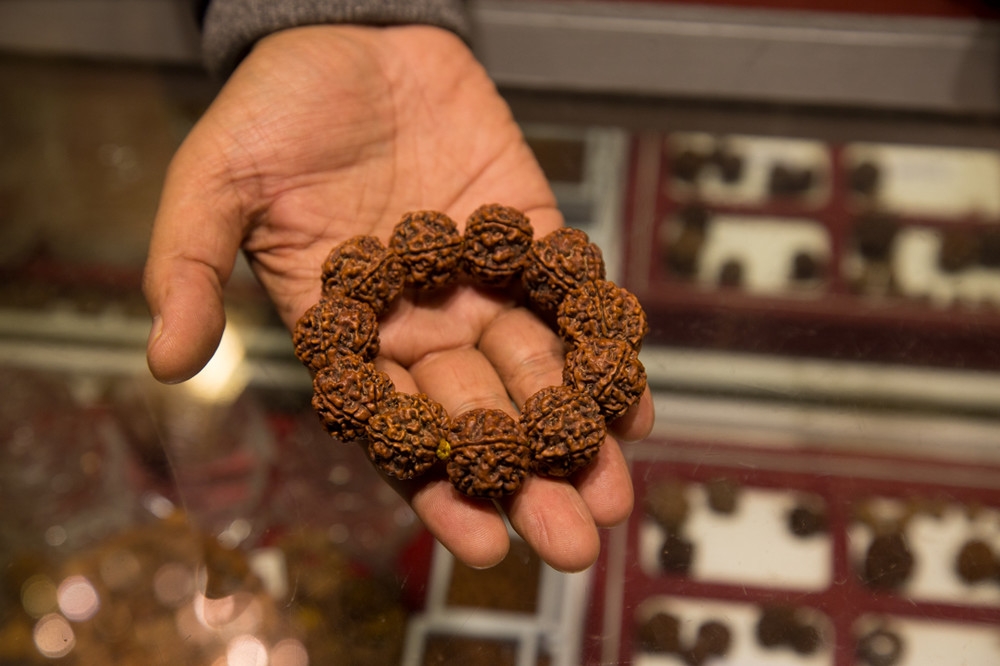 You Can Make a Fortune Selling Tree Seeds in Nepal

The seeds, known by their common name #rudraksha, are grown from a broadleaf tree (scientifically, Eliocarpus ganitrus) in the foothills of the Himalayas and are believed to bestow healing powers and tranquility onto those who wear them. There are variations of the story, but the common legend says the seeds are tears of the Hindu god Shiva, who was sitting in meditation for thousands of years and burst into tears of ecstasy when he finally opened his eyes and set sight upon the universe.

“This sells for $100,” said Agarwal, holding out a bracelet made with seeds the size of gumballs. “This one is worth $500,” he said, pointing at a single seed, “and this,” he said, carefully extending out what looks like shriveled prehistoric fruit loop, “is worth $1,750.”

Source: You Can Make a Fortune Selling Tree Seeds in Nepal